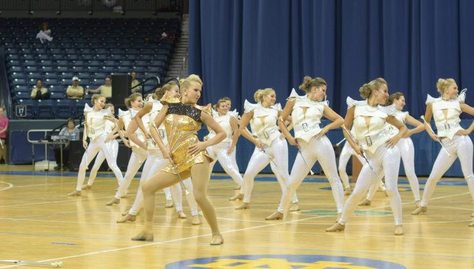 The Corps members had the opportunity to perform for Walt Disney World at the Magic Kingdom, EPCOT Center, and the Marketplace in 1994 and 1997. In August 2004, the Corps and Advanced Dance members were again selected performed at Walt Disney World and made their debut at Universal Studios in Orlando, Florida. In December 2007, the Corps performed for the Pacific Life Holiday Bowl Halftime Show in San Diego, CA and nationally televised Big Bay Balloon Parade.

The Corps has performed for various half-time shows throughout the years, including the UW-Oshkosh NCAA Division III Women's Basketball Championship Games, and for half-time basketball and football games at UW Milwaukee, UW Green Bay, Marquette University, and UW-Oshkosh. A highlight for the Senior Corps has been their performance at the Bradley Center for the Milwaukee Bucks and their half-time performance for the Green Bay Blast (Profession Indoor Football League).

The members of the Corps, Advanced Dancers, and a few other selected students were chosen to perform at Lambeau Field for Shopko's annual 4th of July Celebration Festivities. They performed for sell-out crowds of 30,000 people and were treated to one of the best fireworks displays in the country.

In 2006, the Senior Parade Corps competed at the World Championships in Eindhoven, Holland and received the Silver Medal. They had a great time touring Europe and meeting and competing against other baton twirlers from all over the world. They were very proud to be representatives of the United States and Team USA and will treasure the memories and experiences forever. In 2009, they will again represent the United States in Belgium, in their second trip to the World Championships.

In February 1997, 1998, and 1999, team members of the Senior Corps were selected to compete at "Twirl Mania," a nation-wide competition held at Universal Studios in Orlando and Disney's Wide World of Sports in Orlando, Florida. The team members captured first place awards in the Dance-Twirl, and Danceline (in both Jazz and Lyrical) divisions. They were selected to perform an encore performance at the closing ceremonies.

The Corps participated in the 1990 WLS nationally televised "Say No To Drugs" parade in Chicago. They have since then been asked to participate in the Chicago St. Patrick's Day Parade and Italian Festival.

The corps continues to perform throughout the community for various local parades (including the annual Oshkosh, Omro, Appleton, and Berlin Holiday, Omro and Oshkosh 4th of July Parades, and the Miss Wisconsin Parade), EAA, corporate and community events, charitable organizations, church picnics, retirement homes, pageants, and much more. In addition, many current and former twirlers of the corps were/are members of the Oshkosh West/Oshkosh North Twirling Team that performs at numerous football and basketball halftime events for their high schools throughout the year.